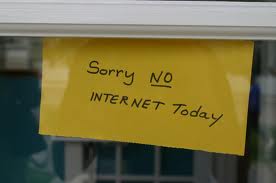 A few weeks back we had news about Freedom Laws and the citizens of Saudi Arabia.  Now there seems to be a similar problem in Egypt.  Today the world is living in the information age.  The internet enables us to receive information quicker than ever, just about instantaneously.  Can you imagine today’s world without the internet?  We have become so reliant on the technology that it is nearly impossible to imagine working without it.

The citizens of Egypt are today finding themselves without internet and mobile phone services.  Recently citizens have been protesting in the streets pushing for a change with their current government regime.  Citizens have been using social media sites such as Twitter and Facebook to help gather crowds and share news about their protests.  Some are sharing their thoughts about the protests while others are posting pictures and video of what is happening down on the streets.

The Egyptian government was none too pleased about this, so they decided to shut off access to the web for the entire nation.   This is something that has grabbed the attention of the entire world.  Since the internet has been banned, that has not stopped protestors from trying to spread the word about rallies.  Reports are suggesting that radio stations are also promoting rallies.  Radio is now one of the best ways to reach the citizens now that the internet is down.  Egyptians are also resorting to the old ways of handing out flyers and putting up posters to spread news.

The call to action from the public has begun as an attempt to a peaceful resolution.  At first they were asking protestors not to carry signs but roses as they march on official building grounds.  Now pictures are circulating from news sources with much more violent actions.  As the issue escalates over the next few days there will be much to read about what unfolds.