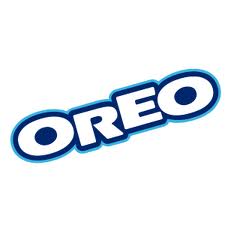 As the year is wrapping up in the next few weeks we are seeing lots of “Best of 2010” lists for various topics.  One list that caught our eye on Ad Age was all about brands and the online buzz they created in 2010.

Zeta Interactive, a marketing agency out of New York City, released the list after mining through over 200 million posts, blogs, message boards, video sites, and mentions on social media sites. Talk about a lot of mining.

Their rankings not only look into how often these brands were discussed but the tone of discussion as well as positive and negative buzz.  PepsiCo and Coca-Cola consist of five of the top ten brands with the most buzz.

Only four of these brands made the Top Ten List last year: Budweiser, Coors Light, Gatorade and Diet Coke.   Zeta used a system to create their own rating, the zeta buzz ranking, which was based on the variables of volume and tonal ranking.

Based on the Zeta Buzz Ranking the top ten brands are….

Some interesting things to note from their data:

-Budweiser was the brand with the highest volume of buzz but only 70% of the time was the buzz in a positive manner.

-Doritos had the highest percentage of positive buzz ,with 96% of the brand’s buzz being upbeat.

-Oreo had the third best tonal ranking with 94% positive buzz, but they had a lower volume ranking when compared to the top brands at 62.3.  Doritos had a volume ranking of 82.8 and Budweiser 112.1

-Coors had the second highest volume ranking at 108.2, but similar to Budweiser, only 71% of the buzz was in a positive tone.

For more information and the chart of the top ten you can go to AdAge.