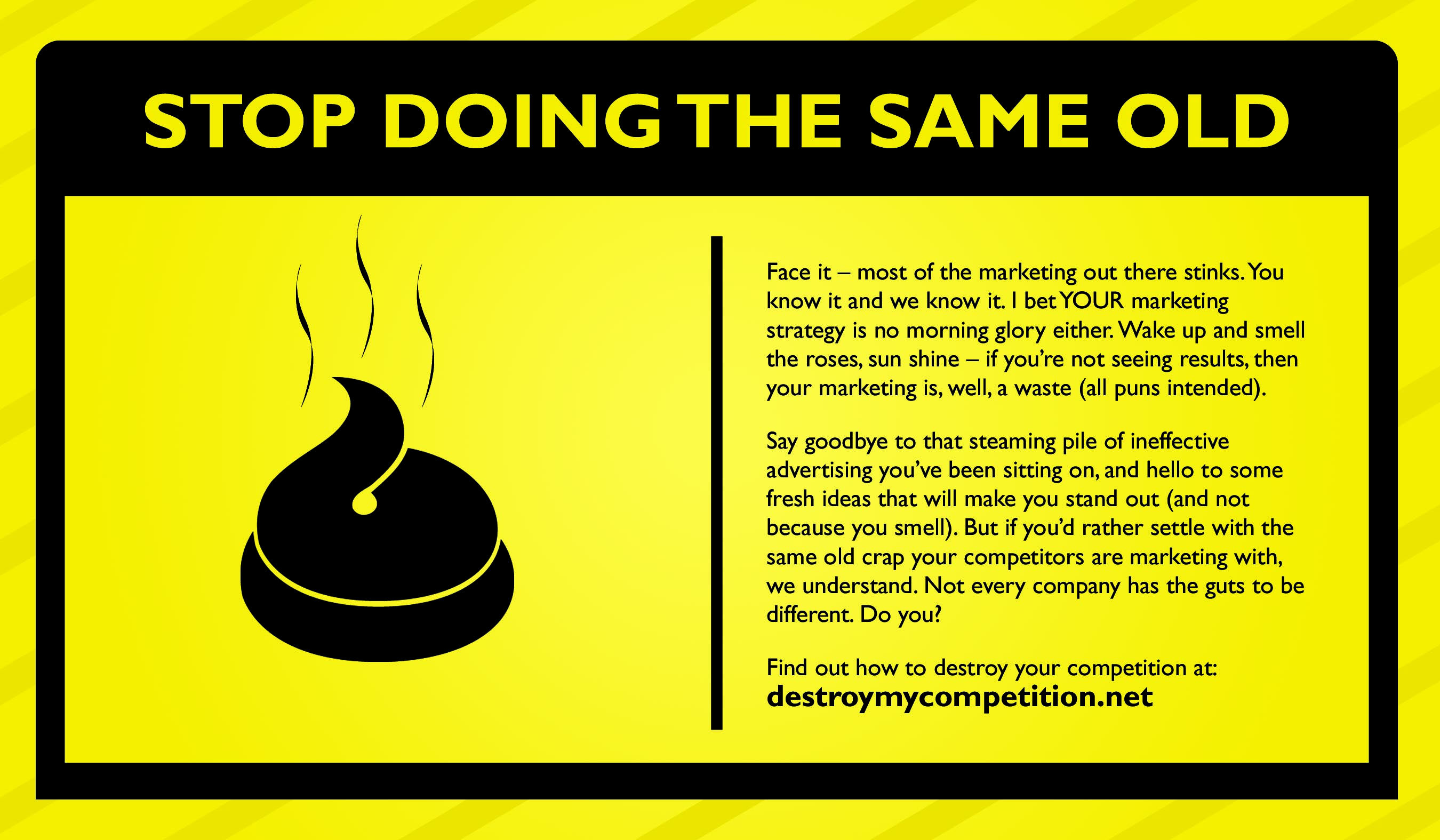 OK, so poop jokes aren’t exactly new, but we were trying to make a point here. The point being that marketing today is about really pushing the envelope. It’ s about not just getting creative, but about being getting people’s attention by being different – extreme and outlandish, even. Because if your marketing is none of these things I’ve just described, well then you’re just doing the same old s#!%.

The magazine ad that’s getting attention

I’ve even got a real-life example for you. This is the ad we just printed in the August issue of the Baltimore and DC Smart CEO magazine. We don’t believe in fitting in because, well marketing is all about being the center of attention. So, of course, when we’re putting together an ad for ourselves that will be shown to the most influential business owners in the area, we want to stand out like a sore thumb. We want to incite some action – prove that we can get them to do something. The magazine editor sent us a message saying that our unconventional 1/2 page ad got his attention. So we think it’s working.

If it got him to click on to our microsite (www.destroymycompetition.net), I think it just might have done the trick with our target audience. And if the magazine readers thought that ad was something, just wait until they see what surprises they’ve got in store for them when they get to the site!

We think bold and outrageous are the way to go, but what is your favorite strategy for getting clients’ attention?

(You can see the ad in the magazine here. Go to August issue and flip to page 52!)

2 thoughts on “Stop doing the same old, well, you know”