Evolution exists in all things, whether it’s reactive to environmental changes, a species’ need for survival, or the product of a situation that is strenuous. Evolution is also very visible within design globally, resulting from all three vanes of the aforementioned. The smart phone was a perfect example of a product that caused a demand that forced designers to evolve into another form or else they were seemingly not as relevant, nor would they be thriving. From Static design, to Interactive design, we as designers have had to grow in several ways, shedding the invaluable techniques of yesterday to grasp the new forms that growing demand has created. A recent acquisition by Google has sparked the recent thought that we as designers, as well as citizens, may be about to witness the next echelon. 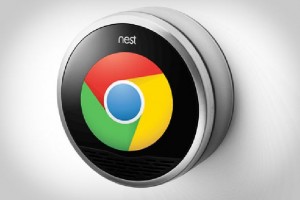 In an article posted on Wired, they detail the pertinent as well as ephemeral effects of Google’s whopping $3.2 billion acquisition of Nest. In short, an inkling of the possibility of Google moving into more ambient hardware. Nest has a product titled “Nest Protect”, a simple smoke detector with a twist. Rather than a mundane household item that is more annoying than utilitarian, the alarm demonstrates more interactive capabilities that build an active memory and allow the hardware to react to the user, rather than the opposite. This design is ambient, responsive and extremely innovative. While not the most mind-altering invention of our time – it will bring about a new era of hardware. Once Google fully gains a grasp upon the creative capacity that this form of software melded into hardware can accomplish, I feel as if the dawn of a new design will be upon us.

Ambient Design will be at the core of nearly all integral hardware coming from Google. The hardware will begin with the responsive ideology from Nest’s household products, but now powered by the informational, intrapersonal titan that is Google. Google search engine already responds to your prior requests and queries based on past information. Hardware that is integrated with this evolving database of personal information could have us living in a network that slowly times itself to our tendencies. Answering questions before we ask, updating us before we show concern, creating an assistance system that will become second nature. Technology that is ambient will become integrated into our daily activities, rather than us taking time out to interact with the technology. Rather than us responding to our technology, technology will respond, live and learn beside us instead.

This core difference should allow us to live our lives without pausing constantly for our gadgetry, providing a more productive flow of activity. On the other hand, Google will have more influence on our life, as well as access to information on our daily living, which could make many consumers wary. Google will have to design a product and marketing campaign that is friendly, unassuming and unobtrusive in order to ease people into giving up their comforting level of privacy. Not only will the design have to be consistent, clean and minimal, it will also have to systemically provide a big enough improvement to the life of the average person for the reward to lighten the load of the daunting risks.

This begs the question: how does one design such a thing when there is no original source for reference? We will all soon see, because after Google announces their new wave of creation, along with its Google Glasses, Apple must produce a rebuttal which will lead to the next era of hardware for consumers. Not only will these changes alter daily life for everyone who can afford it, but the design world will forever change. We will have to attack problems from the view of the products’ response rather than the human’s response. We will have to create products that are humanly conscious while docile enough to not generate fear. A product or design that knows when to talk and when to listen. A product that observes without staring, that listens without hearing, a design that is so foreign to designers. We are used to responsive design that responds to the action of a human interaction with the product. Never has it been to the point where the product has to learn, as well as evolve new methods of interaction with its user.

These are all thoughts, nothing set in stone, but I hope these thoughts can be the stepping stones to question. To question what comes next in the path of evolution for the design world. I would love to hear anybody else’s thoughts on what they think Google’s acquisition means for the consumer as well as the design world. I believe the next step we take will be in unison and an exciting venture into the future.